The Jewish community openly promotes Rabbinical Judaism as “the Old Testament religion of Moses.” Overwhelmingly, Christians believe this premise to be accurate. Jews, it is assumed, are for the most part just like Christians—except they don’t accept Jesus as the Messiah. As well, biblical scholars and theologians have taken for granted that Christianity itself is a direct, first-century outgrowth of Judaism. The popular view is that Jesus was a revolutionary Jewish rabbi who practiced the laws and traditions of Judaism, yet managed to sharply challenge the status quo.

In terms of religious practice, Judaism is centered on its collection of “oral traditions” known as the Talmud. The typical Christian understanding of the Talmud is that its precepts are detailed expositions on the Scriptures, and that its numerous highly-specific traditions are designed to protect the Jew from violating the written Torah or Law of God.

But are these and similar assumptions accurate? Is Judaism really the embodiment of the religion God gave to ancient Israel through Moses and the prophets? Is Christianity really an offshoot of Judaism? Did Jesus observe the traditions and customs of first-century Jewish religion? Does the Talmud really reflect the spirit and intent of the Scriptures?

Most Christians know little or nothing about Judaism, and appear quite oblivious of the centuries-old antagonism that still festers between the two religions. The constant conflict that took place between the first-century progenitors of Judaism (the Pharisees) and Jesus and His followers is found throughout the New Testament. But how could Jesus have found such fault with the very religion that was supposedly representative of the Old Testament?
Noting this paradox, many Christians have wrongly concluded that
Jesus must have been against Moses and the Old Testament.

Indeed, Judaism’s bold claim to be the “natural descendant” of the religion of Moses has had a profound impact on how Christianity has interpreted the New Testament. But what if the Jews’ claim is false? Would not such a faulty premise cause Christians to terribly misunderstand the New Testament? Is it possible that a flawed understanding of Rabbinical Judaism— one that fails to comprehend how the religion really developed and what it really teaches—will lead to a flawed understanding of Christianity and its message of salvation?

While most authors neglect to ask (let alone answer) such questions concerning the Jewish religion, Philip Neal’s book, Judaism —Revelation of Moses or Religion of Men?, challenges Christians to explore the possibility that Judaism is not at all what it purports to be. This book broaches a key subject Christians everywhere need to understand: Is Judaism legitimately the religion of Moses as set forth in the Old Testament, or is it merely a religion of men? In answering this question—to demonstrate exactly what Judaism entails—Philip Neal has drawn from a variety of scholarly works, including Judaism’s own cherished writings: the Mishnah, the Talmud, the “Code of Jewish Law,” and sundry classic rabbinic works. Yet, while similar books are more of a diatribe against Jews, Neal’s book is straightforward, fair and balanced—and only seeks to reveal what Judaism actually teaches. As the reader will see, Neal has uniquely accomplished this by allowing the Jewish rabbis’ themselves—using their words—to express the facts about their own religion: its pagan origin; how it has openly denied the Scriptures; its bias against non-Jews; how it has vilified Christianity.

As Neal demonstrates, Judaism is based on secret laws, traditions and scriptural interpretations that God allegedly “whispered into Moses’ ear” at Mt. Sinai. The rabbis maintain that Moses was forbidden to make a written record of these esoteric instructions. Rather, the teachings were to be passed on orally, generation by generation, to only the most scholarly and pious Jewish leaders. However, centuries later, these “revelations” were written down, and exist today in the form of the Talmud. Importantly, these “oral traditions” form the very core, the foundation of Judaism—even to the exclusion of the Scriptures! As Neal brings out, rabbis consider these secret, oral laws and traditions to be superior to the written Law that God originally gave to the nation of Israel by the hand of Moses. Most do not realize that when rabbis speak of the “Torah of Moses,” they are including their “oral traditions” along with the written Law (the Pentateuch) of Moses. But in actual practice, observant Jews revere and exalt the Talmud, and all but ignore
the Scriptures.

How, then, can Judaism possibly be the true “religion of Moses”?
In researching the thousands of Talmudic laws and regulations, Neal has come to realize that Judaism is a religious system designed to legislate morality for its adherents. The daily life of the observant Jew is burdened with an exhaustive code of legal minutia that covers virtually every thought, situation or activity. As Neal brings out, such authoritarian oppression not only makes a mockery of true religion, it actually destroys the Jew’s ability
to “think for himself” in the development of genuine moral character.

As alluded to above, Christianity’s poor understanding of Judaism has caused considerable confusion—especially when studying the apostle Paul’s complex writings concerning law-keeping and grace. In certain key passages dealing with “law” and “works of law,” it is widely assumed that Paul’s intention is to condemn or abolish the laws and commandments of God. Rather, as Neal’s book shows, Paul was, in those instances, explicitly rejecting the Jews’ traditional “laws” and condemning the idea of attaining “righteousness” through Pharisaic “works of law.” In fact, many of Paul’s teachings on grace, works and law-keeping deal with Judaic traditions rather than God’s Law as found in the Old Testament. This insufficiency in understanding Judaism—coupled with inaccurate translations of critical sections of Paul’s epistles—has especially affected the Protestant view of “law and grace.” Consequently, many Christians are mistakenly taught that Jesus and Paul abolished the laws and commandments of God through grace—yet nothing could be further from the truth!

As this book shows, Jesus upheld the written Law of God as found in the Old Testament—fully emphasizing its spiritual intent—while at the same time rejecting the traditional laws and practices of first century Jewish religion. Without question, Neal’s eye-opening book, Judaism—Revelation of Moses or Religion of Men?, is a must-read for every Christian who desires to fully understand the message of the New Testament, as well as the entire Bible. 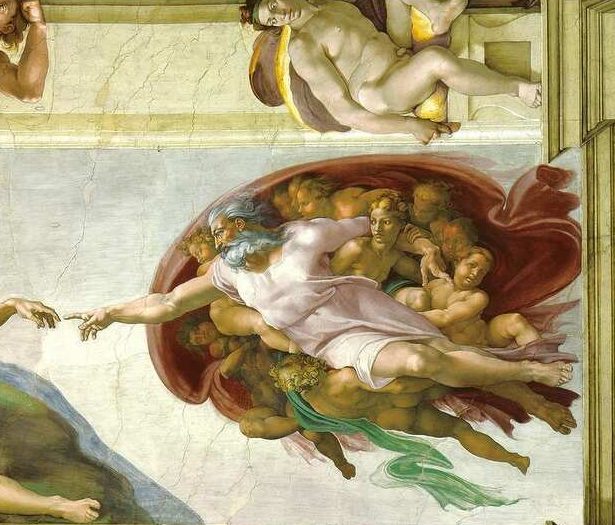 Paul is a self-proclaimed apostle with no witnesses. He retells his “road to Damascus” story 3 times, each differently. There can only be 12 apostles. Paul is a test– he is a false apostle. He twists Scriptures. He teaches contrary to Torah and Yahushua. He double speaks: the Torah observant say he upholds the law and finds Scriptures to support that and calls the others his denouncement of traditions, Talmud, and what resulted from the golden calf sin. Mainstream Christianity say Paul speaks against the law, and have verses supporting that.

Food sacrificed to idols is never to be eaten, period! The Torah says this, Yahushua says this, the Apostles at the Jerusalem council say this, and, in Revelation chapters 2 and 3, Yahushua affirms this. Yet Paul says it is okay as long as you don’t make others stumble.

Paul teaches saved by grace alone. Where did he get that from? Satan! It is not what the Scriptures, Yahushua, or the real Apostles teach. James even says “faith without works is dead.”

Judaism has evolved into the religion of men, not Yah. The Talmud says it is okay to have sex with children and other atrocious things.

Yahushua in Revelation 2 praised the church at Ephesus because they “tested those who claim to be apostles but are not, and have found them false”. Soon after the book of Revelation was released, Paul complained that “all of Asia has turned against him.” Note: they didn’t turn against Yahushua, they turned against Paul (and Barnabus).

When Jacob/Israel blessed Benjamin, he prophesized that Benjamin would be a ravaging wolf in sheep’s clothing. Yahushua warned against the Pharisees. Saul/Paul was both a Benjaminite and a Pharisee.

I urge you to do a deep dive on the matter of Paul being a false apostle. There are many videos on YouTube to help you in your research. I have assembled some into two playlists. See YT account Michele Moneywell.